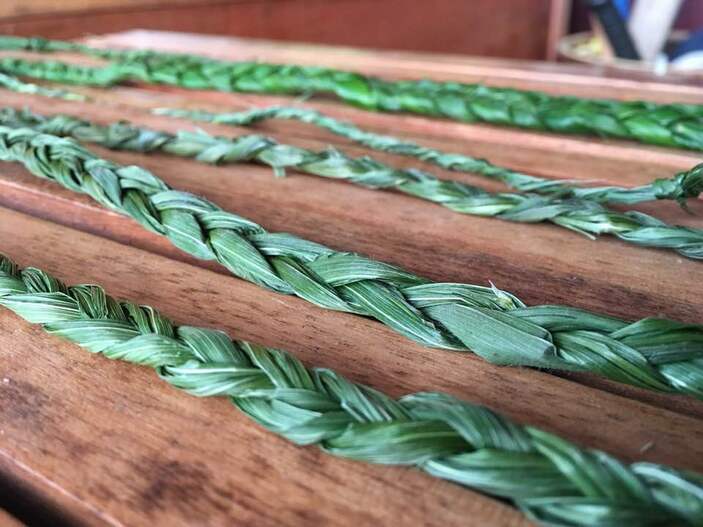 Kahstoserakwathe Paulette Moore is an independent filmmaker, lecturer, artist and educator. Moore is Kanien'kehàka (Mohawk) and an enrolled member of Six Nations of the Grand River territory where she is based. Moore’s work focuses on restoring spiritual, physical and economic balance at the place where Indigenous ways of being meet our modern experience. Moore spent two decades based in Washington DC working as a director, producer and writer with Discovery Channel, National Geographic, PBS, ABC and other media outlets. In 2004 she began making independent, community-based films as Shenandoah University's filmmaker-in-residence in Winchester, Virginia. Her 2007 film Wit, Will and Walls documents the history of desegregation in the Shenandoah Valley and has been used extensively in the U.S. and abroad to facilitate dialogue about race.

In 2009 Moore began work as an associate professor of media arts and conflict transformation at Eastern Mennonite University in Harrisonburg, VA. There, she collaborated with students to create To Wisconsin with Love: a film about Ojibwe resistance and envisioning in response to what would have been the world's largest open-pit taconite mine. In 2016 Moore created From Wisconsin with Love – a sequel to that film that focuses on the spiritual, economic, physical, and legal aspects of the act of harvest from the perspective of Ojibwe prophecy.

Tamara is an arts management professional with over 20 years experience spanning the municipal, corporate, non-profit and academic sectors, advocating for creative communities, engaging spaces and inspiring cultural events. With a wealth of experience in project management, communications and partnership development, Tamara is known for her reputation of setting big goals and her track record for achieving meaningful impact.

Past work with key players in the culture sector include Wilfrid Laurier University, Idea Exchange, Grand River Film Festival, Cambridge Centre for the Arts, d3 Impact, Cambridge Symphony Orchestra and Kitchener-Waterloo Art Gallery, along with providing both volunteer hours and community arts consultation for individuals and organizations as the owner of dab: Developing Arts & Business.

Tamara believes art, in all its beautifully diverse forms, is essential to empowering the hearts of people. It can transcend barriers, lift up individuals and communities, and open one’s eyes to new ways of thinking. She is thrilled for the invitation to join The Aunties Dandelion as Director of Special Projects, and looks forward to sharing their work with audiences worldwide. ​